So, Tell Me Again What You *Can’t* Do?
Life Coaching, Wellness Coaching
Coach Michele
0 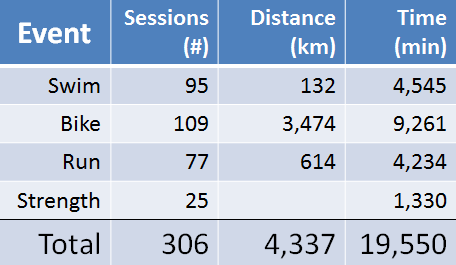 How does a person that “can’t” swim complete a triathlon?

I wasn’t worried so much about swimming fast as not drowning.

Jeptha took on an incredible challenge.

Read about how he triumphed here:

And then, see if you can get away with telling your coach, or yourself, what you can’t do!  🙂

I’m sure you’ve heard the reports, but if not you can catch up on CNN…

One thing that really struck me is how Amanda handled the 911 call she made moments after managing to escape the home she had been held captive in.

She was very clear with the operator…(words may be slightly paraphrased) “I’m Amanda Berry and I’ve been kidnapped.  I’ve been missing for 10 years.  I’m free now.”

She clearly stated her need for police and she would not hang up with the operator until she knew the police were immediately on the way:

911 Operator: “Talk to the police when they get there.”

Amanda: “OK, are they on their way right now? I need to know!”

I hear such strength, self-worth and empowerment behind her rightful exclamation of her truth: “No!” (That’s NOT ok!)

I’m amazed and humbled at her level of strength and willingness to claim what she needs.  Especially after what I can only imagine was a 10 year tortuous nightmare.

If all people were as willing to state a boundary so clearly and effectively, the world would be a much better place.  Thanks to great examples like Amanda, we are getting there.

Warning: When You Get a New Job, You Take Yourself with You
February 17, 2020